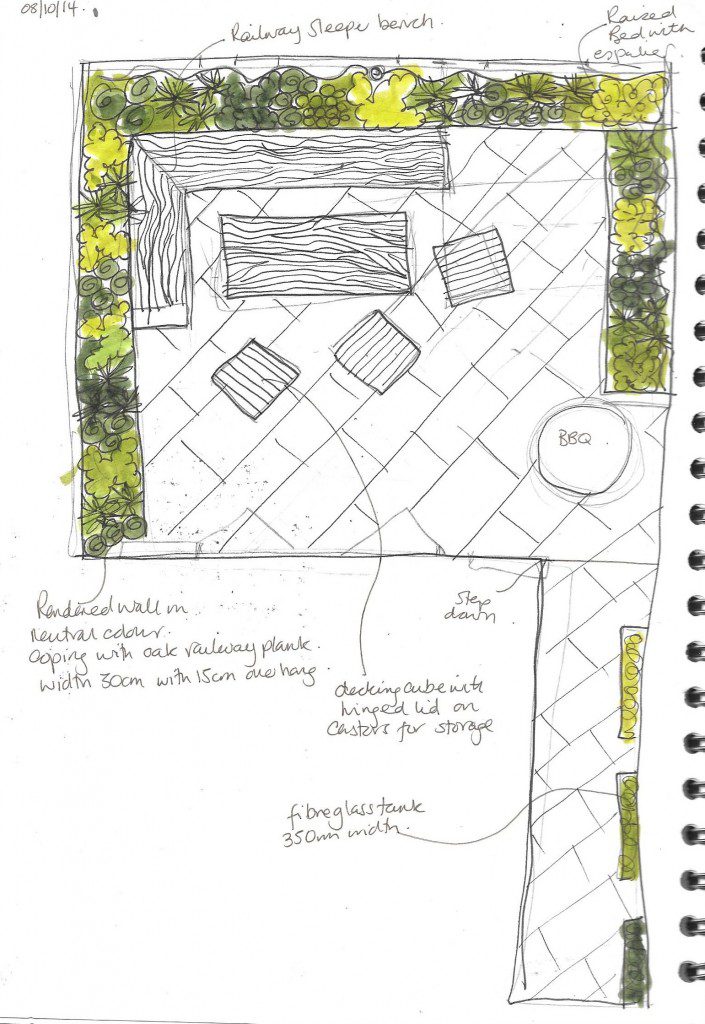 This client had a small courtyard garden in East London and they wanted to create a space which was versatile and low maintenance. They liked the idea of having a railway sleeper bench seat and raised beds around the edges to combat different levels from the house. They had a long sliding patio doors directly from the house and were keen to find a seating solution for this area. The perimeter space would be rendered with the wall painted in a neutral colour within the coping, the top would be wide enough to sit on and also to have occasional pots and planters placed on it in order to utilise the boundaries. We also suggested a combination of climbers as well as fruit espaliers to provide plenty of interest. Extra trunk seating to allow for storage will be constructed. A barbecue has also had been suggested in the final design. Sandstone paving laid on a 45° angle in light colours and mint fossil was suggested to help the garden seem bigger. Planting in the space was to be seasonal and with year round interest so long flowering perennials such as echinacea, sedums etc were to sit amongst evergreen shrubs to provide a low maintenance solution.