From East London landscaping working in gardens, to two artists living in London’s East End and working as one entity.

This bold, major exhibition held by the iconic duo is at the White Cube gallery in Bermondsey until 28 January. The duo have created art for more than 50 years and comment on more than half a century of living in the East End. 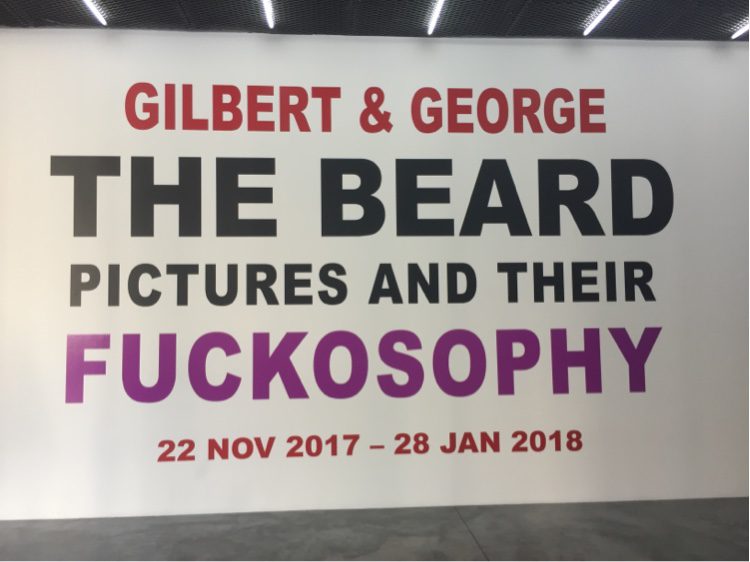 East London artists, one and all

The Beard Pictures are a series of creations by the pair depicting them with stylistic beards. Known for their uncompromising artistic statements, red and black slogans run from floor to ceiling throughout space. The density of the ‘f’ word is startling and then amusing. The strength of it diluted by its frequency of use in the space. 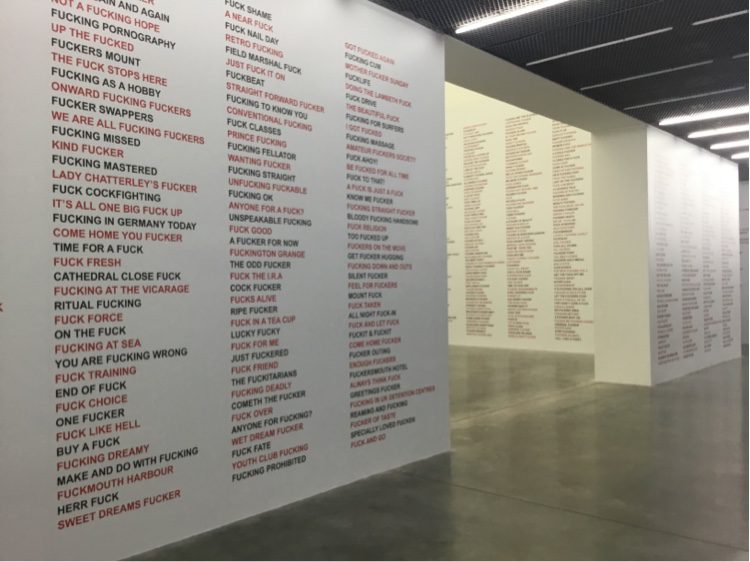 Deliberate overuse of the ‘f’ word makes an impression.

The font, in the trademark colours black and red, is synonymous with the anarchistic movement of punk in the 70s from which they emerged. They met at Central St Martin’s school of art and have presented themselves as a duo since. Their work usually contains images of themselves; they are the art, often comedic, and always commenting on everyday life. So much so that they are recognised as part of our nation’s artistic heritage. Most people probably cannot recall a specific piece of their art, but rather look at them as as amiable statues, part of the furniture. They have become a brand. 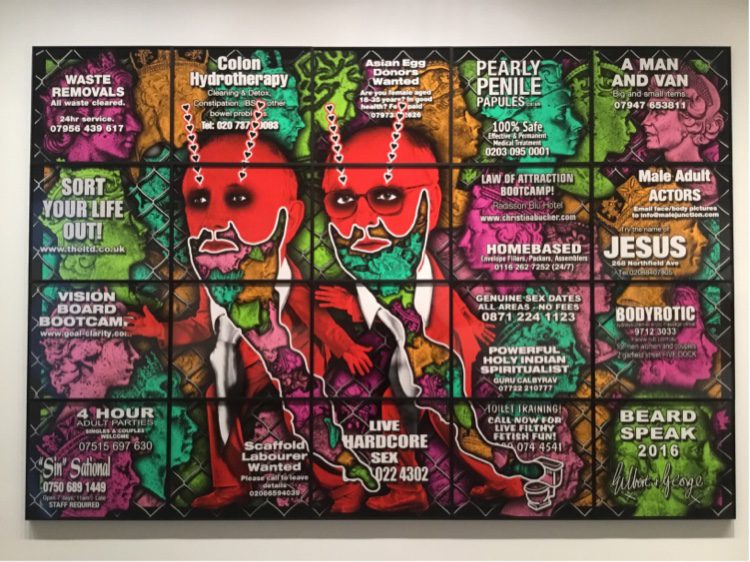 Gilbert and George the brand

The exhibition works like a scrapbook. Everything is supersized, always with Gilbert and George at the centrepiece. The narrative is the repeated use of colour, as well as the duo’s identities and beards link the work from one to the next. 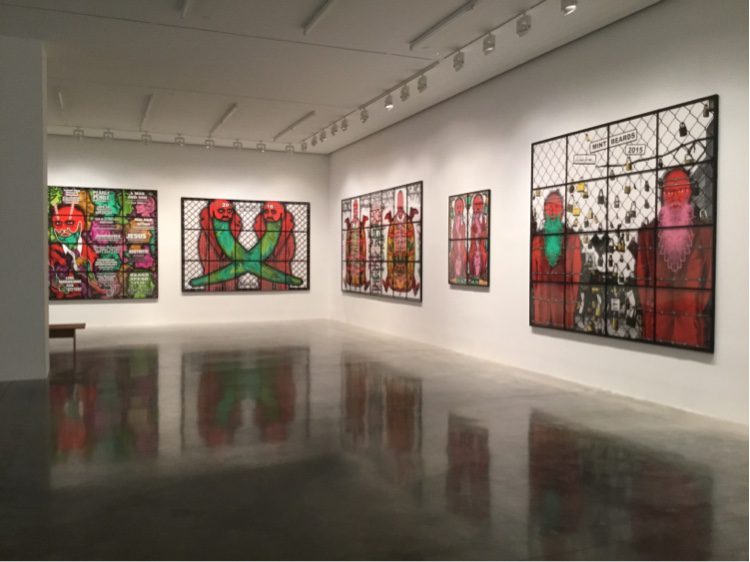 The work is epic, huge scale and garish

Gilbert and George take their place within the The Beard Pictures as intense, red, staring devil-like versions of themselves. Each sporting a long beard. Themes reflect modern day life, specifically that of the East End landscape where I live. The beards are surreal and symbolic, though not of the hipster areas of London’s East End.

A scrapbook of the East London Landscape

The work is dazzling, all consuming, wall-to-ceiling bold on the wall, with computer manipulated, distorted images of the duo. Absurd, offensive and subversive, it’s not for everyone. But, let’s face it, so is East London, I for one love it. It’s bold, vibrant and reflective of the craziness of the area in which they were born. It’s trashy and full of comment. It’s tongue-in-cheek and doesn’t take itself too seriously, but makes you smile and think. 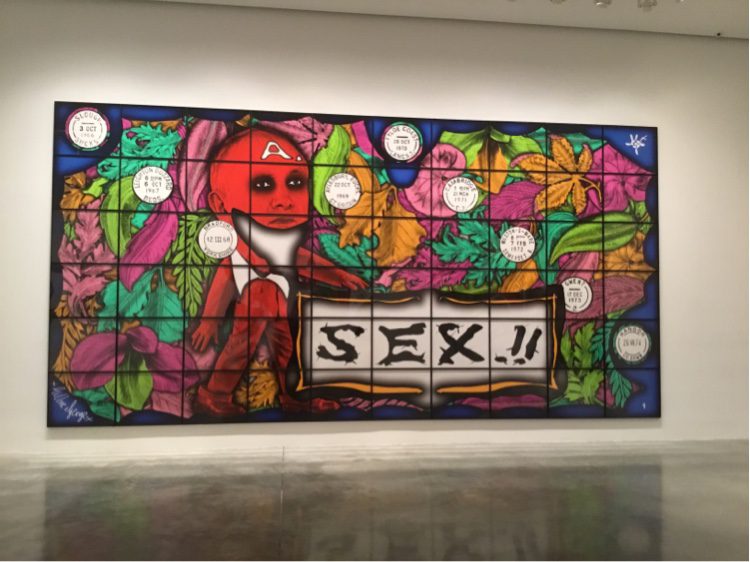 What do the postmark stamps mean? Perhaps nothing!