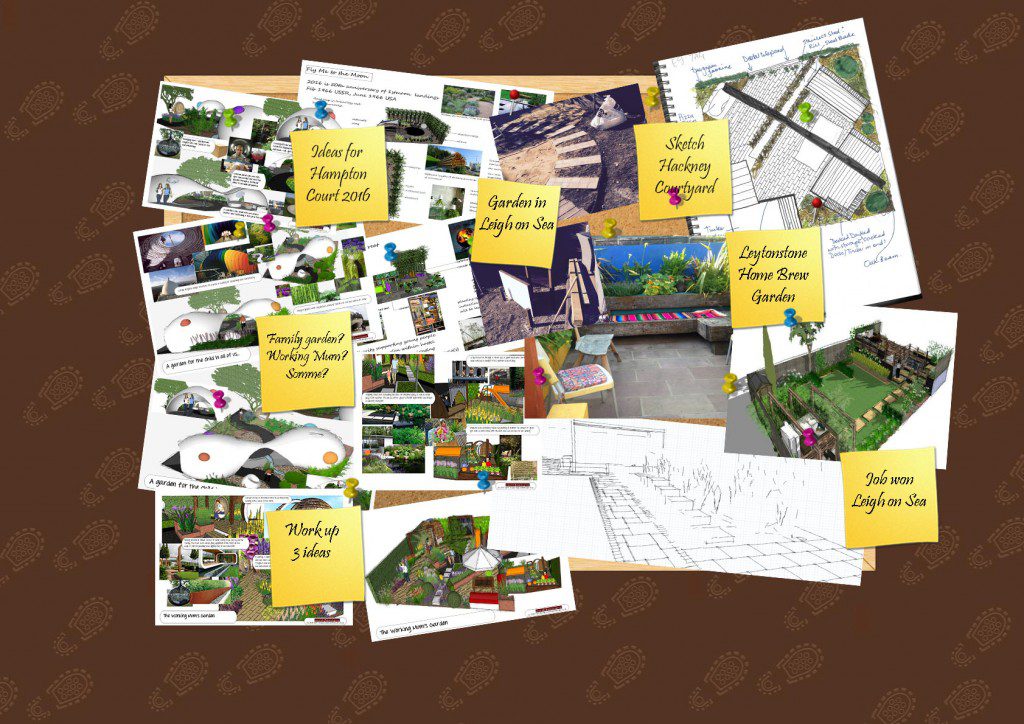 Katrina has been busy this week working on the garden design in East London. This client has a property in Leytonstone, which is tricky as it is over two levels. She has a young son so would like to put together a family garden design which will deliver on a number of levels. Katrina has designed a large area of lawn, a child’s space at the bottom of the garden which will include a cocoon seat as well as a series of oak stepping stones for the active toddler to clamber over. She is due to present the garden design in East London this week.

Katrina has also been ploughing on with the garden design for Brentwood in Essex. The garden design is for the front as well as the back garden. Its a tricky complex as the area is over several levels and needs to include a large play structure for their young family. Katrina has worked up most of the front garden design, and has now gone to Matt for budgeting. Katrina will work on the planting plan and designing the playground area for the client.

Ideas were flowing to create an award-winning garden design for RHS Hampton Court 2016. Katrina and her colleague Joan Mulvenna have been working on the following garden designs; The Working Mum’s Garden, The Garden For The Child in All Of Us, Fly Me To The Moon Garden and the Teenager’s Retreat Garden. Katrina is due to go and see her old acquaintance this week to pick her brains creatively and to chat potential sponsorship.

Matt put the finishing touches to our garden build in Leigh-on-Sea. The artificial lawn was laid and Matt and his team built the archway. They also finished off the decorative screens, so all in all, its looking pretty fab!

Thank you for all your lovely comments on our new website, we really appreciate it. We’ve taken on board what you’ve said and are implementing changes over the coming weeks.