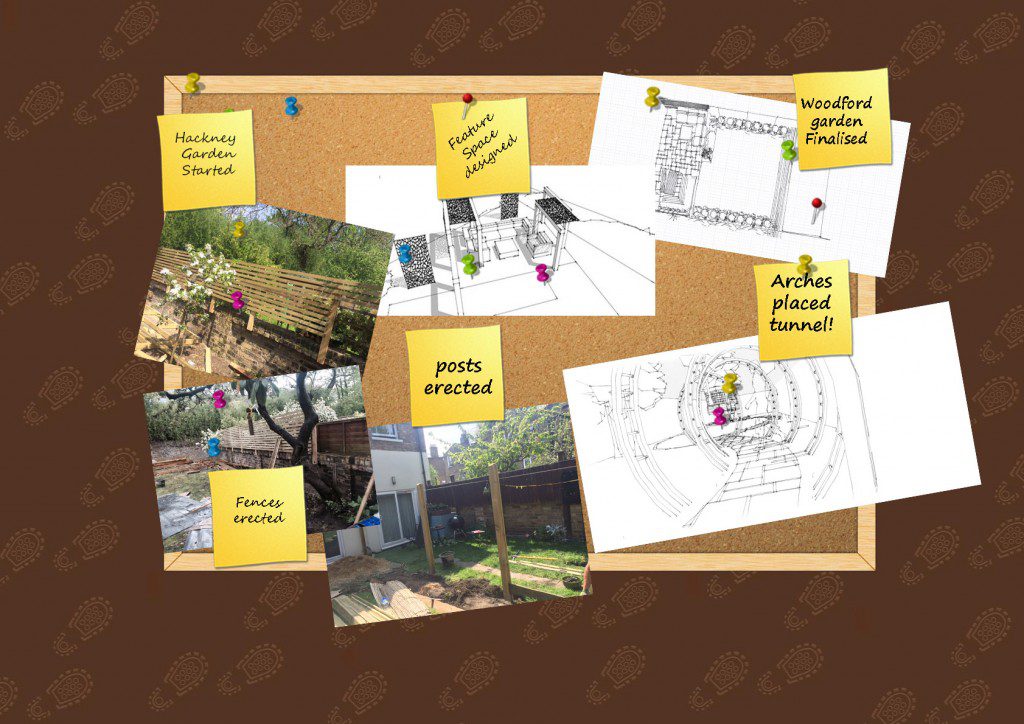 Matt and the team started installing the fence in the garden design in Hackney. The client had initially commissioned a complete redesign but now she is to do the project in stages to allow for a spread of budget. The scope of works now amounts to some fencing, decking and dividing panel trellising.

Katrina continue to work on the garden design in Essex. The client has a property in Hockley and is having major renovations done to his house. As part of the works he is looking at getting the entire garden relandscaped and Katrina is working on a step-by-step process with him to make sure that each area of the garden works for him.

Katrina has put the finishing touches on the garden design in East London. The client lives in Woodford and wanted to reassess the space in light of his desire to have a “man cave” the bottom of the garden. The existing patio will remain and Katrina suggested including a raised bed seating area as well as an area where they can add a sofa. Pleached trees and an artificial lawn will make up the soft landscaping element of the space. Katrina is due to present the client next week.

The cottage garden in Woodford is having the last few details put on it. This is a long thin garden and has currently little interest to offer. The client wishes to create a sanctuary in the space. Katrina is due to present to them next week.