This client came to me looking for a North London garden design. She liked the tranquility of a Japanese garden, and wanted to replicate that in her own design. The garden was dominated by an unsightly concrete garage that she wanted to divert the focus from. She also wanted a low maintenance solution. 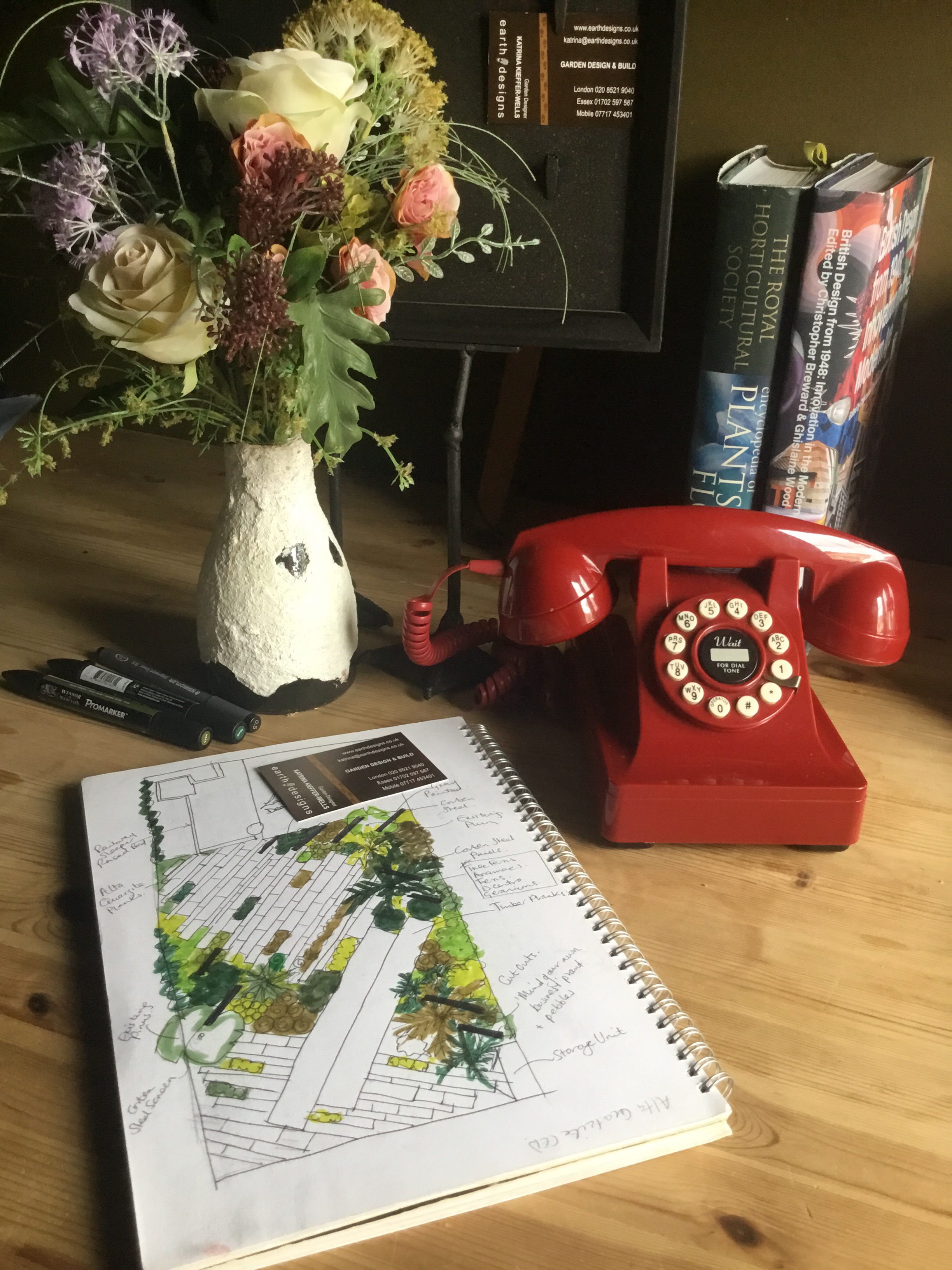 By turning everything onto a 45° angle, we used the longest lines ( i.e. the diagonals) to stretch the perspective. Extra drama was created by running the lines in both directions across the space.

Including screens in the design helped to disguise the garage and divide the garden up into smaller pockets. The screens were positioned along the back of the space and down the centre of the garden as focal points and backdrops to specimen planting. Reminiscent of Japanese screens, they gave a structured, architectural aspect to the design.

The planting scheme focused on texture and foliage colour in keeping with the Japanese theme. Several specimen acers punctuated the space, with groundcover planting and gravel infill between lines of paving. Evergreen shrubs worked alongside herbaceous perennials to create a lush green feel. Using plants with different textured foliage helped to layer up the space.

Mixing up the materials

At the bottom of the garden next to the garage there was a small area which caught the sun throughout the day. It was higher than the rest of the garden and seemed pretty much a dead space. We thought the area would make a perfect “grow your own” area, so included some raised beds made from railway sleepers, which would give the client an opportunity to dabble in the world vegetable gardening without compromising the ordered ‘designer’ feel of the garden proper.