I went to give some advice on garden design in Wanstead. The clients were looking to renovate the garden after focusing on the interior of the space. And the extension to the property had left the first area of the garden in a bit of a mess. Privacy from the neighbours on both sides was an issue, and they wanted to explore some options. Ultimately they were looking to have an office space at the bottom of the garden, and this needed to be factored in to the final garden design in Wansted. 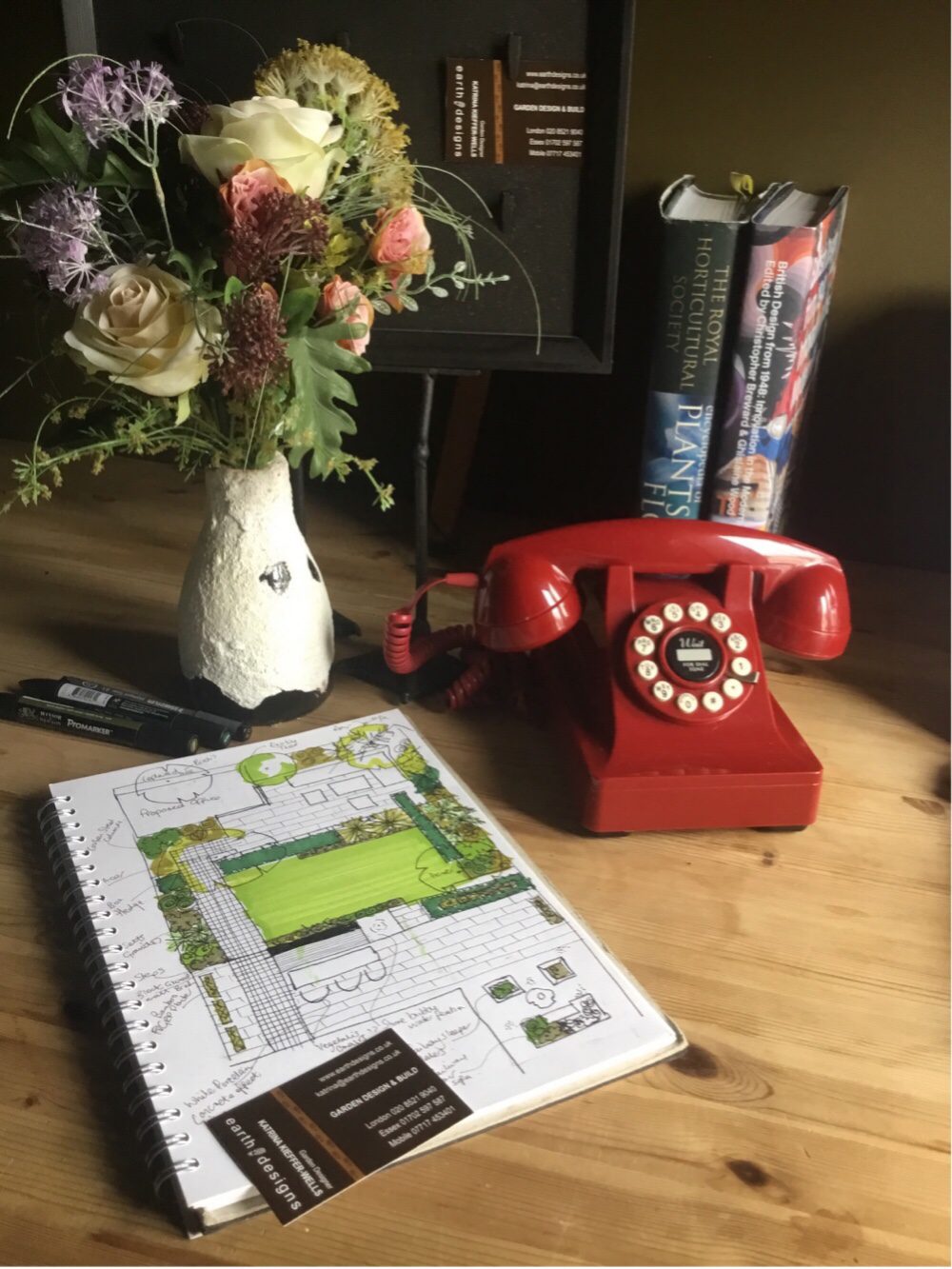 A sketch for a garden design in Wanstead

We explored the idea of having a large patio stretching across the entire width of the garden. Incorporated into this would be a small retaining wall to deal with a level change. A bubbling water feature will create a soothing ambience directly next to the main seating area. Structured planting would give a strong framework to the space. Architecturally interesting chairs would be used to complement an integrated bench seat. This efficient use of space works perfectly with a modern Japanese garden style. I suggested concrete porcelain-effect tiles would be great here to give a modern, slightly industrial appearance,

One of the key factors of any Japanese garden is its planting. I proposed that we focus on a very simple palette of green and occasional white blooms. Strong shapes and a repeating motif would come from a clipped box hedge set at intervals parallel to the house and fence. Leaf shape and texture are of paramount importance and add the authentic Japanese vibe. I suggested we include the following:

Privacy in the garden was also an issue as it was overlooked by the garden at the rear. Evergreen trees with the only way to guarantee privacy at such a height. There were some existing trees, however the client was keen to have them removed.

The back of the garden caught the late afternoon sun. The client was keen to open up this area for use, as it currently housed the garden shed. Outdoor seating in the form of sofas would be great for this area, and it can be made large enough to accommodate any combination. Situated next to the proposed garden office, it can be packed with personality, they can mix up the furnishing and accessories to create the perfect zen space.

Rather than using screens I wanted to propose a feature for this garden design in Wanstead that echoed the impressive architecture on the back of the house. Tons of inspiration to draw from, but the long thing shape of the windows lends itself nicely to tall columns. Placed in a line and partially obscuring the view of the office they will layer up the space giving it depth and drama.

The space is blessed with a very wide side-return – an indulgence for a garden in Wanstead. A bit of a sun trap, it has veg garden written all over it. It can’t been seen from the house so won’t let them down if its not looking its best. I have suggested adding a raised railway sleeper planting arrangement and incorporating a seat to make it more cosy, where the client can take a well-earned rest from their gardening chores.