Skip to content
Geffrye Museum – Inspiration for this London garden designer as she explores the museum of interior design delights.

From modern design to classical masterpieces, the Geffrye Museum explores the home from 1600 to the present day. It offers detailed and facinating reconstructions of English living rooms, from a medieval hall to an urban flat, including some brilliant examples of domestic garden design through the ages.

The museum is located on Kingsland Road, in trendy Hoxton, an area with a long cultural history of immigration and manufacture by skilled tradesmen. Surrounded by walls that have a story to tell, this courtyard enclave seems a sanctuary from the bustling modern London beyond. 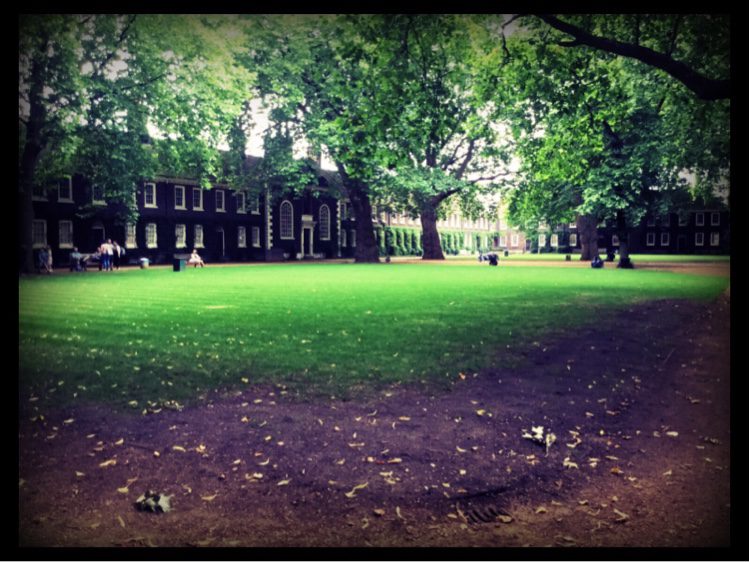 Beautiful almshouses that make up the Gefferye Museum

There are 11 painstakingly reconstructed interiors to take you on a stylish journey through time, each offering a glimpse into the mundane and ordinary of yesteryear. Obviously I headed to the garden first.

I started with the herb garden. A lesser known string to the Geffrye Museum’s bow. Surrounded by gorgeous 300 year old walls, the garden is divided into series of spaces. Bee plants, dye plants and vanity herbs sit alongside the usual culinary suspects. Beautifully maintained and wonderfully executed, this is a journey through the history of garden design. The garden layout replicates that of the museum interior, with a series of ere-specific spaces from knot gardens to brightly coloured Victorian pyramid planting, formal Georgian gardens to softer, more floral spaces popular in the Edwardian era. The wonderfully maintained gardens provide an intriguing insight into the development of domestic garden fashions and is a must-see for any London Garden designer. 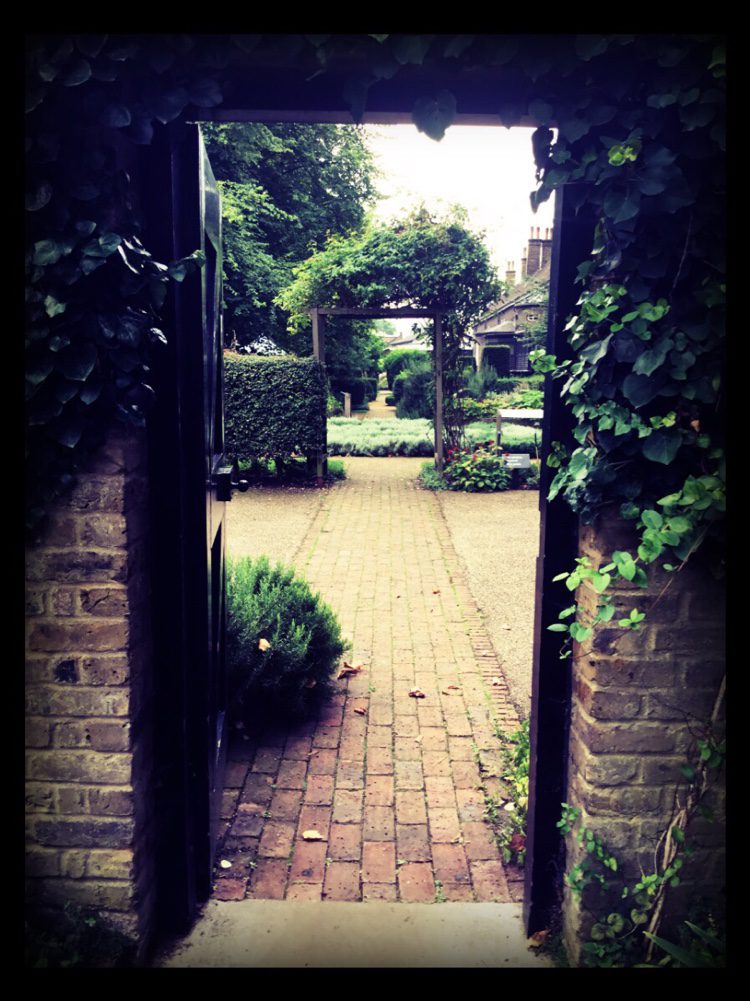 Our London Garden Designer mooches around the herb garden

Inside the journey continues, starting with a great hall from 1690. Oak panelled and imposing, it is a very masculine space. Most of the furnishings are in a rich green and the huge central table is the hub of this interior – most of the houses activities would happen here. This layout makes a good template for a modern garden design, where a table may be central to the layout of the space. 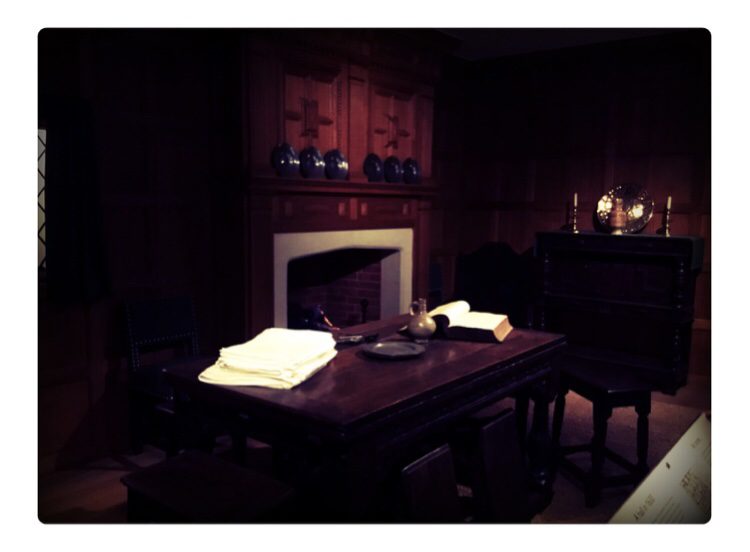 Next is a parlour from 1695. This replaced a hall following the great fire of London. Chairs were often positioned down either side of the room when not in use. Mirrors also became fashionable among the rich so that people could monitor their appearance and behaviour in the reflection. I often use mirrors in gardens to create the illusion of space. Placed behind planting they can make the garden seem bigger than it really is. 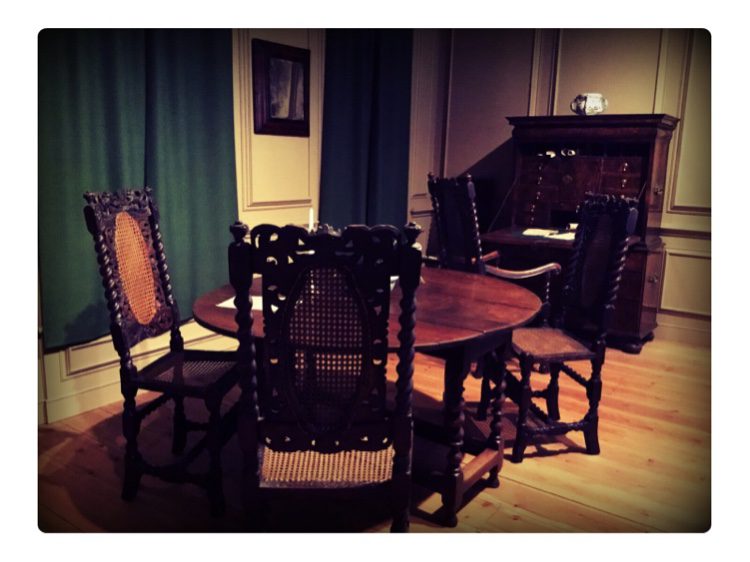 Room 3 is a parlour from 1745. Still panelling featuring in this room painted in stone colour. Cabinets for storing tea equipment and furnishings have moved away from green into the more vibrant red, blues and yellows. Mirrors were now placed on the horizontal to encourage candlelight to reflect around the room. I recently designed a small shady courtyard, and used mirroring in very much the same way to bounce light around the space. 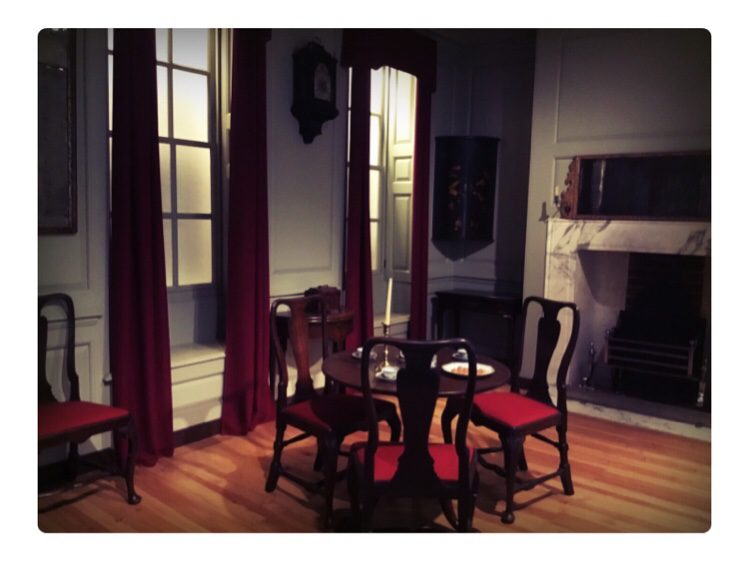 From 1790 wallpaper features for the first time. This helped to create a cleaner, neater looking space. Floral motives in a stylised manner complete the look. Delicate decorations make it clean and tidy. Tables are folded away and only taken out when needed. This again, is a great technique in the small garden where tables can be stored away until required. 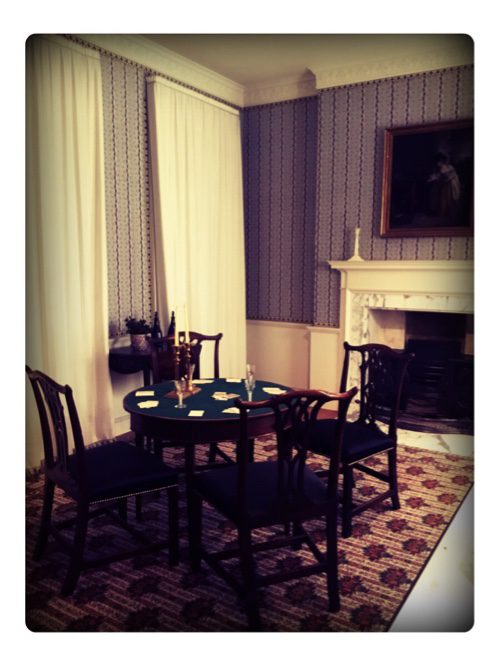 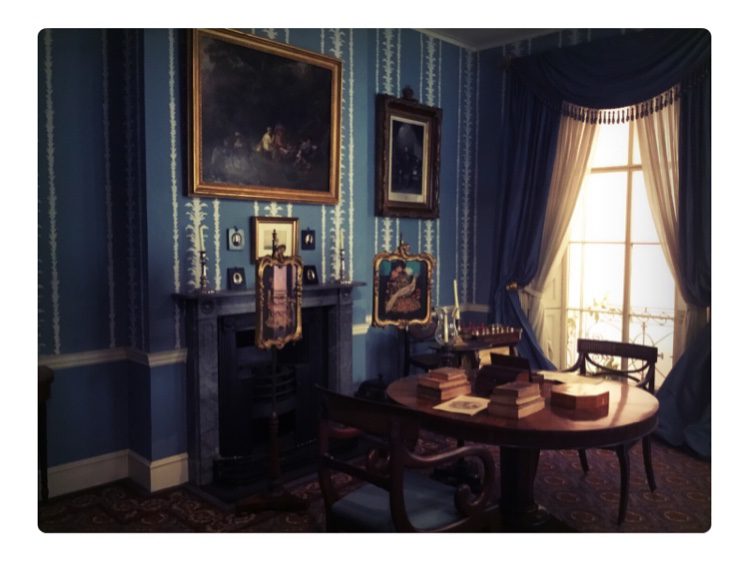 Suburbia begins in the 1870s. With improvement and innovation in public transport, people were able to work further away from where they lived. People started to move out of the city centres into new, often larger, houses on the outskirts of the city. Mass production made decoration and home furnishing much cheaper and more available. Walls were usually plastered and then either painted or more often wallpapered. A dominant feature of most living rooms was a large mantelpiece with a large mirror above. Furniture became more relaxed. Back gardens were still yards in the city, often with outdoor toilets, where few ornamental plants would have been grown. However, in the burgeoning suburbs, gardens started to become more than just a functional space. 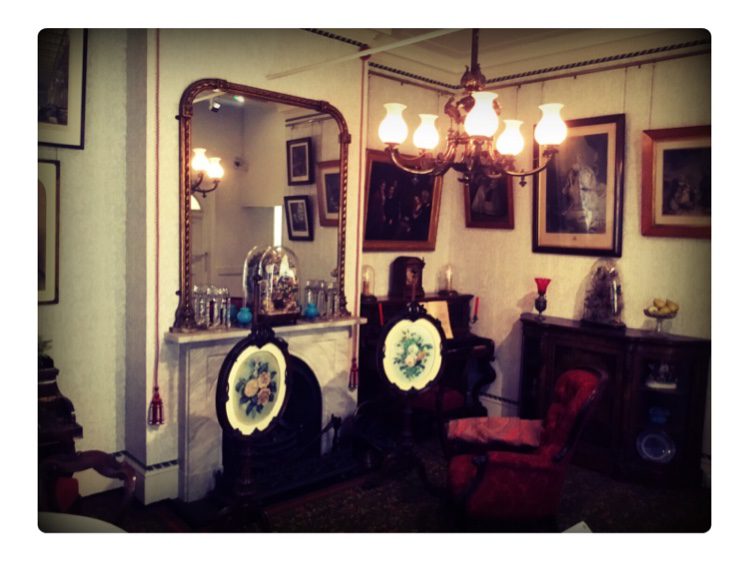 The Arts and Crafts movement of the late 19th century saw a reaction against the mainstream. The aesthetic movement, as it became known, cultivated artistic taste in a marked sensitivity to the beauty of art and design. Patterns became stylised rather than naturalistic, luxurious drapes and fitted carpets went in favour of simpler fittings. Sunflowers featured heavily. The overmantel continues to be the dominant feature and was furnished in artistic styles. Japanese influences and forms became popular with straight simple geometric shapes and horizontal and vertical lines. 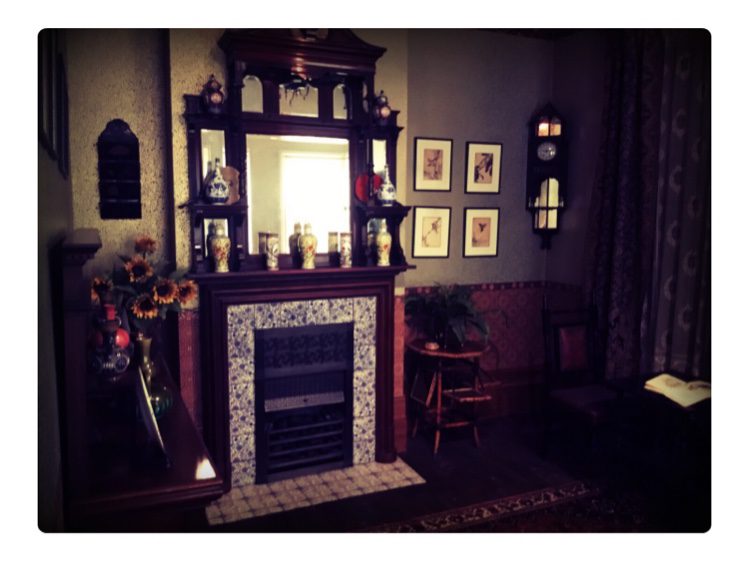 New houses now often included a lot of arts and crafts features such as “living wall” fireplaces, simple mouldings and low ceilings. French windows allowed access to the garden and let the light in. Electric lighting and appliances became increasingly commonplace. Art Nouveau styles were a popular influence in domestic interior design. I love Art Nouveu, but it can be quite difficult to replicate in garden design. I tend to take the lead from Gertrude Jekyll, the prolific and influential Edwardian garden designer, concentrating on colour and texture to create ‘hardy flower borders’ in what one might consider a typically cottage garden style. 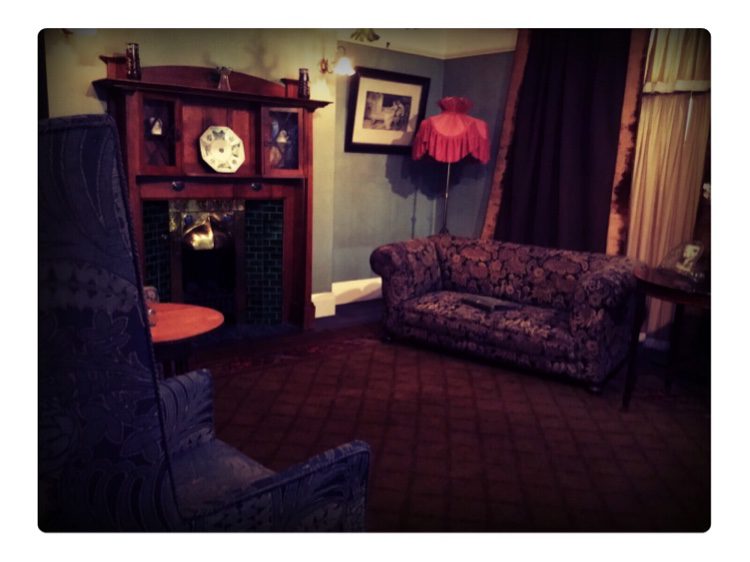 The 1930s saw a spread of purpose-built flats in a modernist style. They featured strong geometric lines with smooth concrete exteriors and plastered interior walls. Paint finishes became more popular than wall paper, and featured oranges, greens and neutral shades. The furniture became more streamlined and influenced by the art deco movement. Large windows let the light flood in. The art deco movement is one I return to time and time again for inspiration. Many of the houses I work with in my local area were built around this time and the influences are evident in the original fittings and windows. It is great to have the opportunity to use the arrying up curves and straight lines. 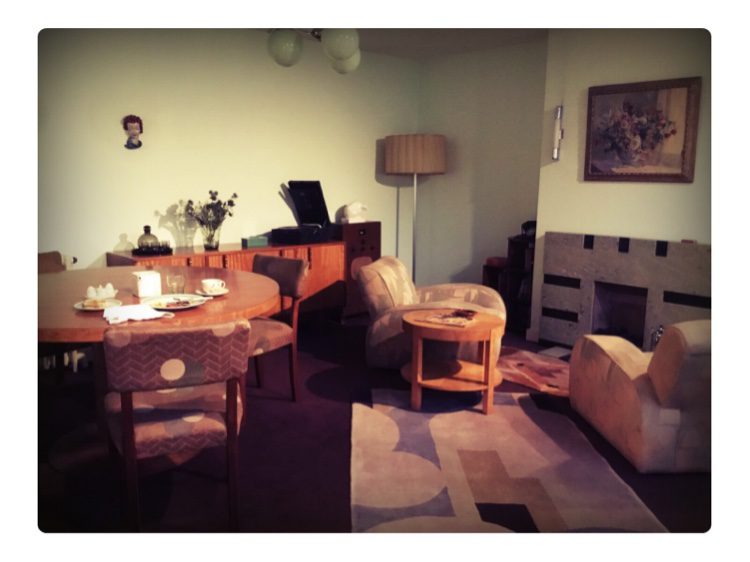 Large Open Plan spaces became a fashion in the 1960s. Windows continue to be double height. Rooms included dining spaces with the television as a focal point rather than the fireplace. All relaxed lifestyle is transformed this space into a space for all activities. Furniture stayed plain. Pattern came with upholstrey and rugs. I have often followed these distinctive colour palette when creating a retro space. Wood features heavily in these Scandinavian inspired interiors 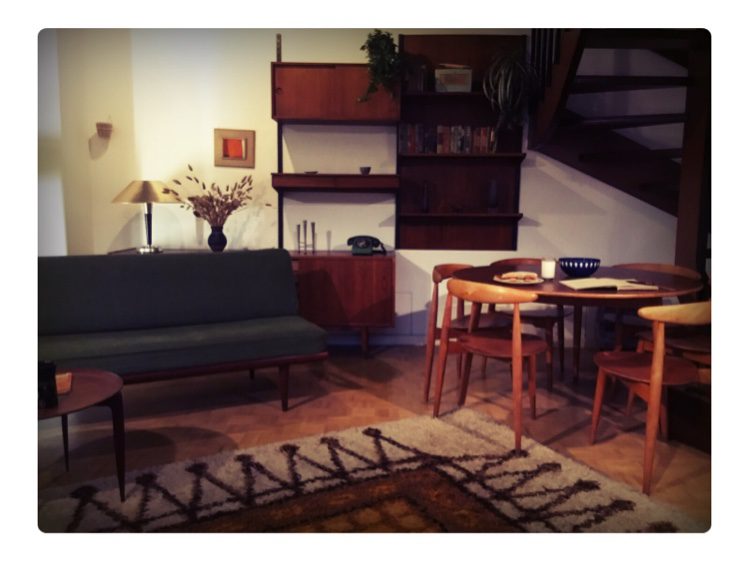 Commercial buildings were going to be converted into living spaces. The fusion between industrial materials and soft furnishings became à la mode. Now the kitchen living and dining areas or are in one space. Bare wood flooring, white walls, small furnishings and statement pieces fill these spaces. Interestingly, white walls were very fashionable when I first started Earth Designs in 2003. I now try to stay away from them. 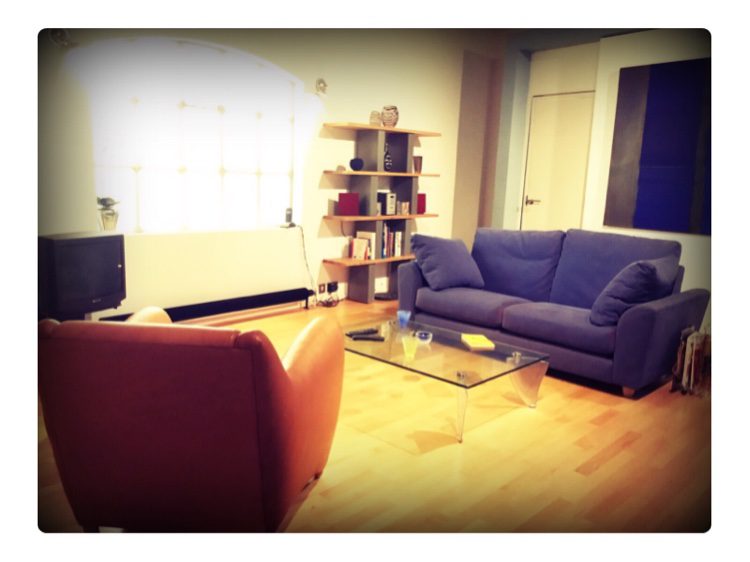 Katrina is a London garden designer working through London and the South East. If you would like a dose of her creativity in your outdoor space please give us a ring.