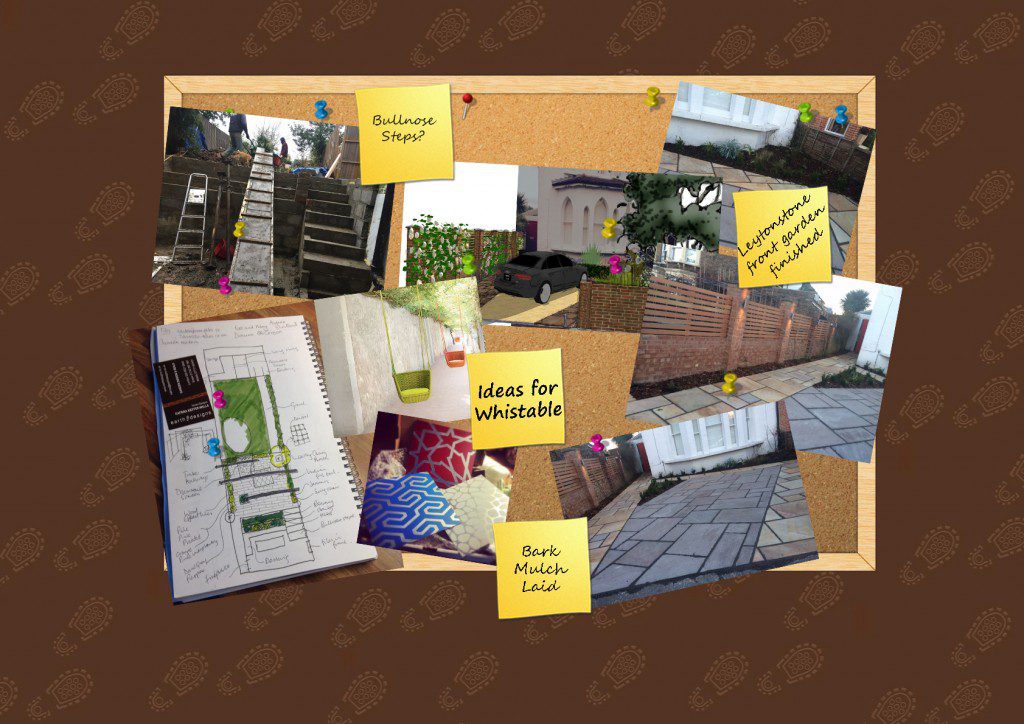 Katrina went to visit an old client in Whitstable in Kent this weekend. They were looking for a garden designer in Kent to help them with their new property that they bought last year. They are having extensive work done to the basement of the property which includes developing a kitchen dining space. The garden is split over two levels and they want to create zones within the space. The area directly outside the back door will hold a fixed bench seat and fireplace. Moving up through the space, the second area at the top of the stairs will provide a lounging area. A central feature of cement tiles will create a rug, whilst three wide timber archways will be staggered through this part of the garden. A pathway down the right hand side of the garden will lead to a shelter and storage area at the rear.

Matt and his build team had a busy week. Works continued for the team for the garden build in Leigh-on-Sea. Terrace steps were built and the decking framework was completed. Seat framing was also started and will continue into next week.

The build in Wanstead is on-going and this week decking was part installed.

Our London garden landscapers put the finishing touches to the Leytonstone front garden by laying bark mulch and completing the planting.