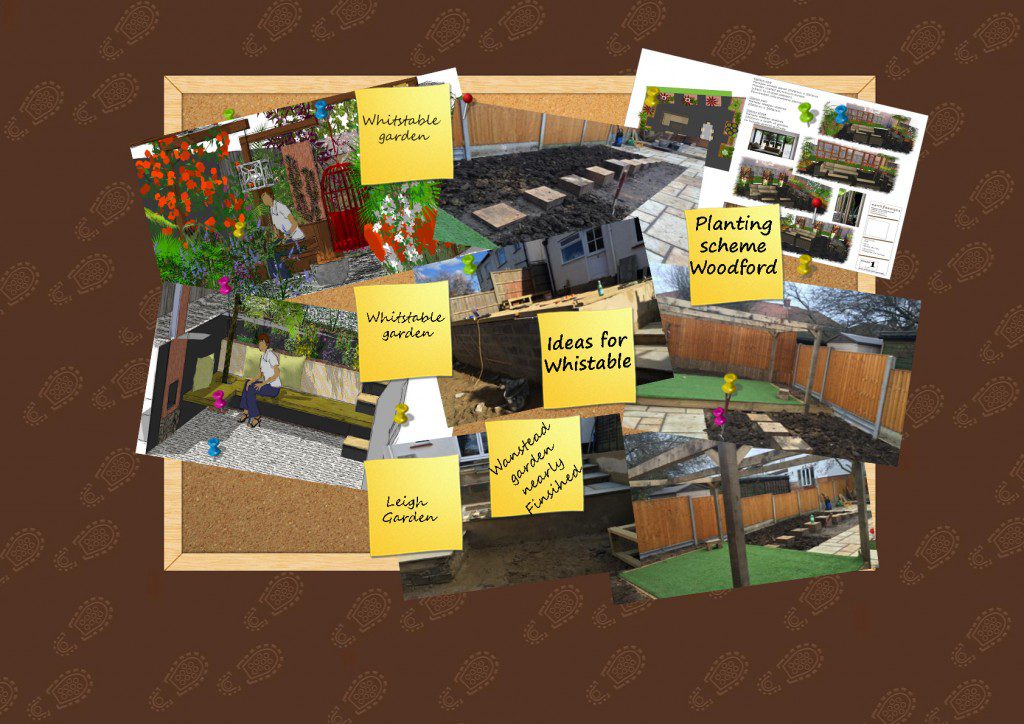 This week Katrina has been working hard on the garden design in Kent. This client is a repeat client and we did their garden five or six years ago when they lived in East London. They wanted to create a feeling of the inside outside, so the design includes fixed bench seating, laser cut alluminion screens, Perspex walls, funky hanging swing chairs, as well as incorporating a wood store and a garden shed. The back end of the garden is to be given over to the children and will include the trampoline as well as a large stretch of artificial lawn.

Katrina has also completed a planting design for a couple looking for a garden designer in East London. They live in Woodford and have recently had an extension done to the back of the house. They’ve had their garden landscaped, but feel it lacks personality and plants. They initially called Katrina to design a planting scheme for the railway sleeper raised beds. However, after she made suggestions about how to divide the garden up and giving them some visuals, the client went on to commission a more in-depth approach.

Matt and his landscape team are almost complete on the Wanstead garden design. The turf was laid and finished off and the pergola and decking platform was also completed.

The garden build in Leigh-on-Sea had paving laid and the steps were rendered. Matt and his team will complete the finishing touches to this garden next week.