We presented this Garden Design in Essex yesterday. The client subsequently expanded the scope of works to include to extra planters as well as two extra areas and the reception. A revised budget was issued taking into account the additional areas and we now have our fingers crossed for the green light to realise the plans. Below are the details of the project.

The space is a large office block owned and maintained by the client, The Libertarian. It is an art deco style building, with structured brickwork and symmetrical frontage. The building is currently occupied by several large companies, although one floor is due to be vacated later in the year. The client is keen to take this opportunity to improve the aesthetic of the building exterior, with an emphasis on soft landscaping. As the plot is on the corner of a busy road, traffic pollution will need to be considered in the planting scheme. Other priorities are that the scheme is low maintenance and offers year round interest. The client will be having timber planters constructed to accommodate the planting scheme.

A series of tall silver birch trees will be installed to help soften the front of the building. Although the trees are deciduous they have an attractive silver bark which remains in colour throughout the year. The trees will also lend structure to the scheme and help to tie the rest of the plants together. Deep purple phormiums will give winter interest, contrasting against the white bark of the birch. These strong architectural specimens will also add backbone to the scheme, planted in conjunction with early flowering lavender. 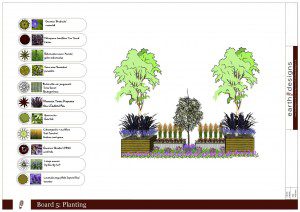 To introduce another material to the space, we suggest that the client commissions stainless steel planters to install between the timber containers. These planters would be filled with grasses and heuchara to provide texture, with pittesporum included to echo the deep red of the phormiums in the timber planters. 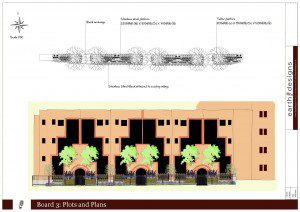 Flowering geraniums and vincas give the scheme further colour and scent. The whole scheme would be fitted with an irrigation system, and Earth Designs has also recommended a stainless steel mesh be fitted to the existing railings to minimise rubbish from the street blowing into the planted area. Lighting in the form of fairy lights can also be threaded through the silver birch to create added drama at night. 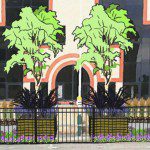 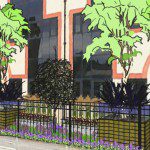 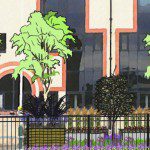 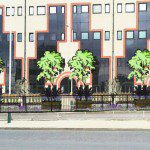 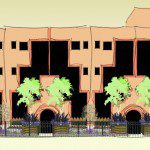 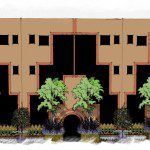 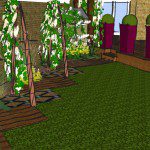 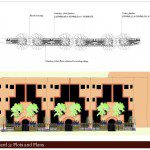 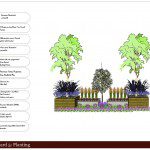 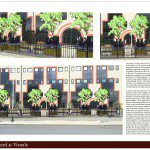