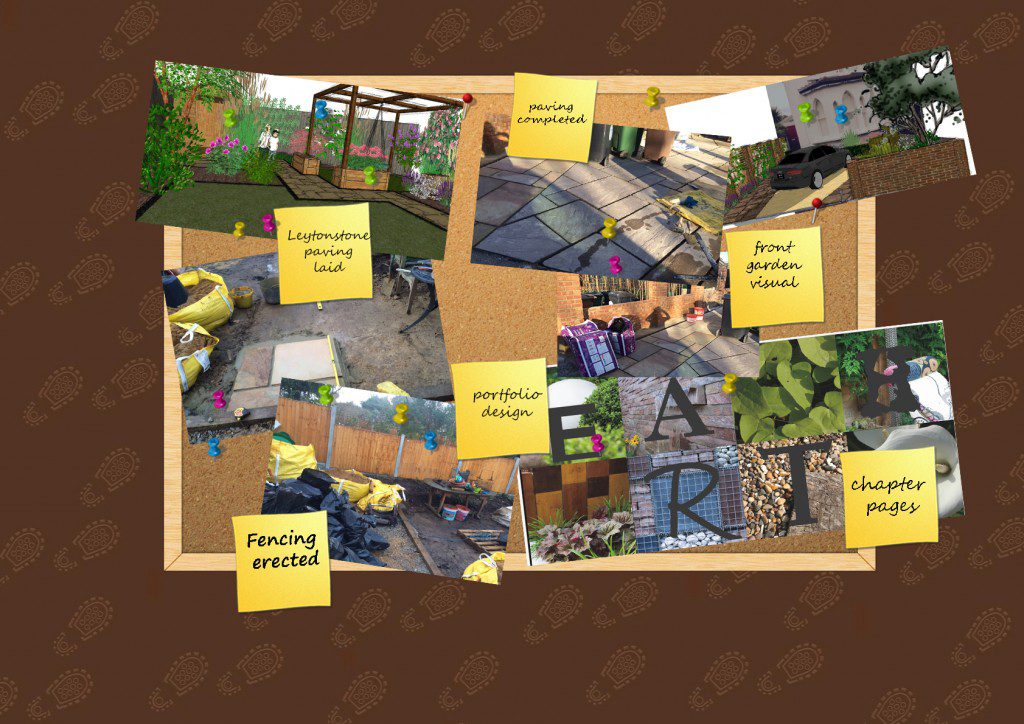 We’re into the new year and start to think about de-cluttering and cleansing our homes and gardens. With this in mind enquiries are starting to come in. There have been three this week for garden designs in Walthamstow and Woodford as well as Leigh-on-Sea and the Southend area.

Katrina has started working on her Earth Designs portfolio. This is a large book filled with previous garden projects. Every two or three years a new portfolio needs to be built and designed to incorporate the new works from the garden designs that have been built in London and Essex.

Matt and his build team worked on two gardens this week and it was all about the prepping.

The first was for a front garden design in Leytonstone. The team took delivery of the indian sandstone paving and got cracking with clearing and preparing the site ready to start the paving.

The second garden was for a back garden design in Wanstead, East London. This is a tricky design as the garden is over two levels. Matt and his team started the groundwork of clearing the lower part of the garden reading for the paving to be laid.

Katrina and Jo are in the process of writing some articles that will appear in the Oracle Magazine. Earth designs were invited to write some articles on Essex garden design last year which proved very popular. Our first feature will be in the March edition which will be delivered into people’s homes mid-March.

Matt has been following up on a fencing quote which is forming part of a larger garden project that we have. The client is currently struggling with planning permission so has since had to put the landscaping on hold until he has clarification but wishes to proceed in the meantime with erecting a new boundary.