“Our vision was to create a collection of planters, simple in form, yet bold in scale and colour, with an ultimately seamless quality of finish.”

As well as featuring in interiors style bibles such as Elle Deco, Casa d’Abitare and Icon, the planters regularly make cameo appearances in celebrity magazines alongside the likes of Victoria Beckham, Elton John and Noel Gallagher, due to their installation at establishments such as Claridges and Nobu.

Vases from the LPC currently adorn the entrances to buildings representing Giorgio Armani, Hugo Boss and Louis Vuitton, further testimony to the timelessness of their design and the impeccable quality of finish.

The planters formed the backdrop to the set of the BBC’s Chelsea Flower Show coverage in 2005, and they have also featured on Channel 4’s “Grand Designs”.  Indeed, it is The Luxury Planter Collection which features in the centrespread of Kevin McCloud’s “Grand Designs Handbook”.

Leading architects and designers have specified the LPC for prestigious projects worldwide, including the luxury Four Seasons resort in Anahita, Mauritius and the Nordic Light Hotel in Stockholm.  The planters brighten up the entrances, lobbies and grounds of hotels from the world’s leading chains, including Hilton, Marriott, Starwood and Accor. 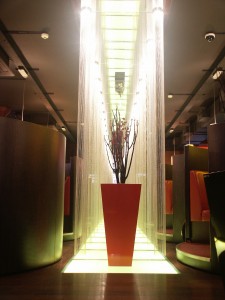 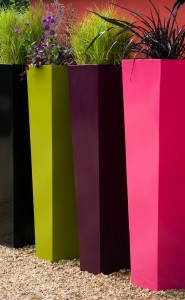 The Luxury Planter Collection is available in 4 styles, 3 sizes, and 14 standard colours.  A bespoke design service is also available, affording designers the opportunity to specify their own sizes, styles and colours, along with additional features such as lighting or logos.  We also offer a pattern application service, where the only limitation is the designer’s imagination.  This may be a wallpaper style pattern, illustration or corporate branding.

Designed and developed in Belfast (N.I.), The Luxury Planter Collection is now available in 25 countries across Europe and North America, with a launch into South America scheduled for 2011.